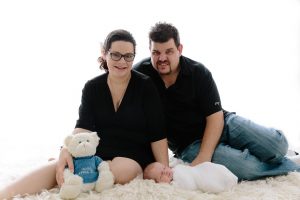 Planning for a future that’s not guaranteed. Allowing yourself a moment of joy and excitement, only to chastise yourself for not being “real”. High risk pregnancy, after the loss of a child, is like walking a tightrope. Trying to maintain balance and calm, but feeling the nerves rising and the rope shaking. Doing everything in your power to stay focus on the end of the line. There are times where the weather is bad, and the rope is swaying, you carry so much self doubt in those moments- you fight the negative thoughts of “I’m not going to make it”. It’s in these moments where encouragement and support, help you to keep walking.

My name is Tash Foote, and I’m so honoured to be able to tell you about the impact Harrison’s Little Wings has had on my family. I am the mother of two boys. My heart belongs to Hugo Michael and Oliver Benjamin Foote. Part of my heart went to Heaven on the 1st of April 2013, when my first born son Hugo was born at 22 weeks and 6 days, after a enormous fight to get to a safer gestation while on bed rest in hospital. Hugo was our miracle IVF baby.

We had been trying to have a baby for four and a half years when he was born. We also had two very early losses before we conceived him. Considering a subsequent pregnancy was really difficult, and it took 2 years for me to even entertain the idea.

I had surgery on my cervix in April 2015, and in April 2016 we proceeded with a embryo transfer from the same batch of embryos as our Angel Hugo. The cycle was successful and we fell pregnant with Oliver. It took so much emotional energy to get to the point that we were pregnant, and when we finally were pregnant I was hit by such debilitating fear. High risk pregnancy comes with such huge challenges. For us there was the financial challenges of private obstetric care, which we chose due to feeling so let down by the public health system during Hugo’s pregnancy and birth. We needed to have a familiar face who knew us and our history, and would have our backs.

Then there was the physical challenges, as I could not lift anything heavier than a few kilograms, could not do housework, could not walk around for long periods . At 7 weeks I was diagnosed with Gestational Diabetes, which added the further complication of having to prepare most of my food myself, plan it out, and make sure that I wasn’t eating to much carbohydrates , which was an incredibly time consuming process. By 16 weeks it was evident that my body was going to fight being pregnant, I started contracting regularly whenever I did much of anything. My irritable uterus wound me admitted in hospital 3 times, and by the third trimester I spent most of my time in bed and needed to be pushed in a wheelchair if we were out.

Anyone who knows me knows that I am fiercely independent, and that I’m quite the perfectionist. Having to put my hand up and ask for help was incredibly difficult for me. Family were coming to help where they could. My husband Michael works in East Brisbane, but we live just near Bribie Island. Between his long work and travel hours, he was carrying most of the load at home. Cleaning, cooking, taking care of our large backyard, and fruit orchard. He was exhausted. I felt so helpless, and like such a burden. I was so resentful of my body, for once again putting us through hell.

I reached out to Melanie at Harrison’s Little Wings, and I immediately felt such a weight lifted off my shoulders. I explained our situation to her, and within a short time she had a cleaner coming to our house every two weeks, and someone mowing our lawns once a month. This practical assistance gave Michael and I the ability to stop stressing so much about the things needing to be done at home. We could take time creating memories with our son in utero. We never had any guarantees that Oliver would come to us safely, the constant fear of loosing him was so time consuming, and we each had our own mental barriers to overcome.

Not having some of the practical burdens to carry was so incredibly helpful to us. Melanie made regular contact with us to see how we were going. She made us feel supported and cared for. When she messaged to check in on us, I felt like I wasn’t alone, that she got how I was feeling. We never felt like there was any strings attached to the assistance we were given.

On the 12th of December 2016 at 2:53pm, Oliver Benjamin Foote entered the world via Caesarean Section at 38 weeks gestation. He weighed 7pound 8oz, and was 51cm long. He had a complicated breach delivery and didn’t cry when he was first born, but moments later after the Paediatrician work on him we heard the most beautiful sound ever, a boisterous cry which let us know our little boy was okay. He didn’t need to go to special care, and was treated for low blood sugars on the ward with us. We finally left the hospital with our baby in our arms 5 days later. How blessed we truly are. 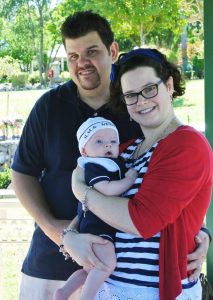 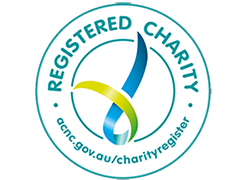 Harrison's Little Wings is registered as a charity with the Australian Charities and Not-for-profits Commission ABN 30 275 036 464.

Donations of $2 or more to Harrison's Little Wings are tax deductible in Australia.

Thank you for subscribing. Please check your email and confirm your subscription.